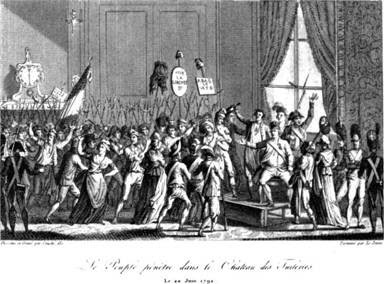 It is time to reclaim America from liberal elites.  The first step is to right a recent wrong.

During the 2000 Presidential election recount battle, long time Democrat turned pundit Tim Russert took the unilateral act of swapping out the long standing political colors for Republicans and Democrats.  His liberal media colleagues jumped at the chance to rebrand Democrats away from their 20th Century left wing affiliations.

Republicans and conservatives should be deeply offended at the liberal media’s unilateral and unofficial propaganda act.  Realizing the history of these colors should cause an outpouring of conservatives to demand at least their media friends at Fox and Talk Radio take a stand and return to the GOP’s noble blue color.

Colors have meaning. Uniforms and banners on the battlefield have identified friend and foe since the beginning of human history.  Most of history linked colors to nations and dynasties.  The most famous was England’s 15th Century dynastic war symbolized between the white rose of York and the red rose of Lancaster.

In the late 18th Century, blue became the first modern political color.  It was worn as boutonnières by British parliamentary candidates supporting Pitt the Younger (the leader who helped William Wilberforce end slavery).

Blue evolved into the permanent color of the Conservative Party of England and of center-right movements around the world, including the Republican Party in America.

Radicals and pre-communist activists did not have their own color until the French Revolution.

On August 9, 1792, antimonarchist provocateur, Jean-Paul Marat, called upon the people of Paris to rise up and overthrow King Louis XVI.  This was a reaction to recent French reversals on the battlefield and a rising concern by Robespierre over some Legislative Assembly delegates seeking national unity through reconciliation with the powerless King.

The next morning, mobs swarmed the Tuileries, where the royal family was under house arrest.  The King allowed the mob into the complex and ordered his Swiss Guard not to fire.  Previous incursions had ended peacefully as moderate voices prevailed. Not this time. The mob slaughtered the surrendering Swiss Guards and then sought out servants and kitchen staff to tear apart – limb from limb.  One observer called it a “mad festival of blood”.  The King and his family were imprisoned in a fortified monastery with the guillotine looming ahead of them.

The mob stripped the blood soaked red uniforms from the Swiss Guards and paraded the shards on long pikes as revolutionary banners.  Thus red became the color of the most radical factions of the French Revolution and of left wing movements to this day.

Remember that the next time a conservative uses “Red State” to describe Republicans and conservatives.

Scot Faulkner served as Chief Administrative Officer of the U.S. House of Representatives and as Director of Personnel to Ronald Reagan.
Posted by Scot Faulkner at 6:28 PM

Very interesting. Coming from Communist Cuba, I always wondered why the Republicans were given the color red. Now this article has opened my eyes.