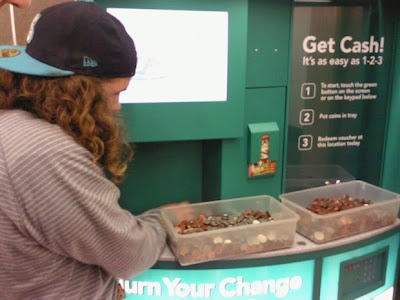 The annual spending fight is looming once again on Congress’ autumn horizon. This ritualized partisan combat over the debt and the deficit will once again dominate the news. Politicians and pundits will once again use dueling calculations to fuel their heated rhetoric without any hope of common ground or real results. This year may even feature dueling scholarly analyses on how rampant government spending may be a good thing. http://www.imf.org/external/np/seminars/eng/2013/fiscal/pdf/barro.pdf

There is a way for Congress to break out of this dismal cycle.

Every year the federal government has money left over. Lots of money.

Senator Tom Coburn (R-OK) documented this in his “Money for Nothing” report:

"In total, the federal government is projected to end fiscal 2012 with more than $2 trillion in unexpended funds that will be carried over to next year, according to the White House Office of Management and Budget. While more than two-thirds of this amount is obligated for specific purposes, $687 billion remains unobligated, meaning it is essentially money for nothing."
http://www.coburn.senate.gov/public//index.cfm?a=Files.Serve&File_id=612f09e3-e950-480e-84f8-1e54d2e6bc30  [pages 1-2]

Detailed charts on this phenomenon can be found at: “Balances of Budget Authority; Budget of the U.S. Government Fiscal Year 2012,” White House Office of Management and Budget, page 8; http://www.gpo.gov/fdsys/pkg/BUDGET-2012BALANCES/pdf/BUDGET-2012-BALANCES.pdf .

I first encountered this in 2007, when a project team was promoting development of a museum for the National Park Service. NPS leaders contended that they would need new funding to cover Phase I design costs. A few minutes reviewing OMB’s public documents uncovered NPS holding onto $73 million in “Unobligated balances carried forward”. This was more than enough to cover the $12.5 million in Phase I costs.

It would be an easy act of Congress to include a mandate for returning every agencies’ “Unobligated balances carried forward” as part of a budget resolution, continuing resolution, or within each appropriation bill.

Such a return of “Unobligated balances carried forward” to general use would immediately cut the annual federal deficit in half. It would also delay any increase in the federal debt limit by at least ten months. Most importantly, it would be an easy bi-partisan vote for sound fiscal management.

Think of these “Unobligated balances carried forward” as the coins every family has stashed in drawers, under couches, in the glove compartments of cars, and maybe in a piggy bank or pickle jar. Many years ago Coinstar https://www.coinstar.com/  found a way to make money by installing machines to sort coins and turn these extraneous “found funds” into usable dollars.

Bringing $685 billion of our unused tax dollars back into use, and avoiding the need for $685 billion in new spending, is as simple as a family taking their pickle jar of coins to a sorting machine.

Why can’t Members of Congress, or their staff, figure this stuff out?

Posted by Scot Faulkner at 6:47 PM