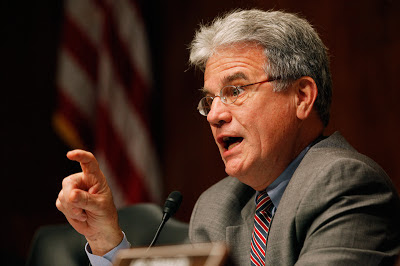 Thank you, Senator Tom Coburn, for once again shining light on how much of our tax dollars are wasted.

Senator Coburn’s has now turned his flood lights on Congress itself. The U.S. Senate remains mired in the 19th Century - providing taxpayer subsidized services to its Members and staff. Millions of dollars are spent underwriting substandard consumer services with no end or accountability in sight.

The same situation existed in the U.S. House of Representatives until the revolution of the 104th Congress (1995-1997). In the first few months of 1995, the newly created Office of the Chief Administrative Officer led the way in privatizing and downsizing everything possible in House operations. 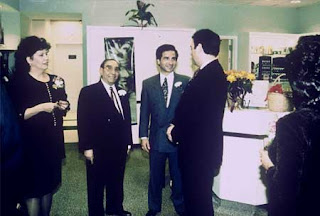 There is a good reason to have personal services located within the buildings of Capitol Hill. Nearly 20,000 employees work, sometimes 24-7, to support the Congressional process. Long hours make it very difficult to schedule personal mail runs, haircuts, shoe repair & shines, and meals. Thousands of “captive customers”, along with 3 million tourists a year, should be “manna from heaven” for enterprising vendors. However, until the election of 1994, these vendor operations were composed of highly prized patronage positions. Members from both parties carved-up these petty fiefdoms and brokered positions for votes and kickbacks. Mistresses and dysfunctional nephews were stashed in these ever more bloated and subsidized services.

The network of unaccountable, corrupt, and wasteful services institutionalized a kleptocracy that found increasingly ingenious ways to steal public funds. This culture began to fall apart as the thievery and sexual misconduct became too much for many of its protectors. One scandal after another erupted in the early 1990s, leading to the downfall of the forty-year rule by the Democrats in the House.

Incoming Republican leaders, including Newt Gingrich, John Boehner, Jim Nussle, and Ron Packard, knew that they had limited time to end these abuses before their cynical colleagues created their own version of the kleptocracy. The early months of 1995 witnessed a vicious internal struggle as Republican kleptomaniac wannabes battled with reformers over privatization, downsizing, and accountability. Thankfully for America, the reformers won. House services were forever changed. Bloated operations that wasted millions turned into private operations paying 4+% of their gross sales back to the House. Along with it came a business-based culture focused on service excellence and profit. In the process $184 million was saved in less than 18 months, of which $36 million was reprogrammed to create a 21st Century “CyberCongress”. 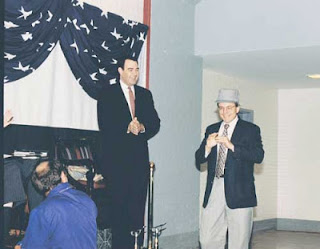 These radical changes were supported by many reform-minded Democrats, like Rep. Steny Hoyer. Hoyer had led a similar effort during his tenure as President of the Maryland State Senate. The impacts of ongoing savings, improved services, and accountability were so overwhelming positive that Speaker Nancy Pelosi not only embraced them, but consulted with the former Republican CAO’s team on how to continue the reform process. When Speaker Boehner took the helm, he enthusiastically continued the business focused operations.

So what happened in the U.S. Senate? Nothing! It took until 2008 for the Senate to finally vote to privatize its food services - ending over $2 million in annual waste. Now Senator Coburn is blowing the whistle on the Senate’s barber shops, beauty parlors, and other wasteful and subsidized service operations.

Unfortunately, these are only voices in the wilderness as Senate Leaders and key managers dither while our tax dollars burn.

Posted by Scot Faulkner at 8:57 PM