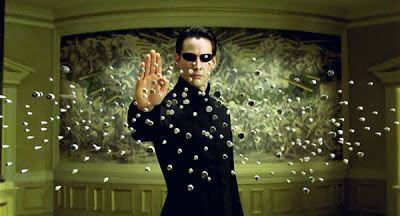 Editor's Note: The following is by Guest Contributor Donald Mutersbaugh. The tragedy in Newtown, Connecticut brought horror to America just days before the Christmas holidays. The discussion over how to prevent such violent deaths has been swirling every since. Everyone can agree that (1) there will always be highly disturbed people willing to do harm, (2) there are usually warning signs for violent madness and, if properly identified and addressed, may prevent some, but not all, harmful acts, (3) guns, especially high capacity rapid firing ones, amplify the harm done, (4) any object can inflict mass harm in the wrong hands – a bomb made from gasoline and fertilizer killed 168 in Oklahoma City, including 19 children, (5) some mass killers do not need anything other than their hands – John Wayne Gacy strangled most of his young victims, taking six years to murder 33 people, including 17 under the age of 18, (6) a gun culture is not necessary for mass deaths – Norway is hardly an armed nation, yet one person killed 77 people, including 50 under the age of 18. These truisms are not arguments for inaction. They serve to guide civil and informed dialogue towards solutions that make a difference.

It takes a gun to stop a gun. I cannot even begin to tell you in which decade I learned this; but for some reason, some gun control advocates still do not believe it – or at least you would think so when you hear their protestations. One of the things that bothers me the most about those who do not wish to acknowledge this statement is the hypocrisy that surrounds their discussions about gun control. If this statement is not true, why do so many celebrities and other “important” people have armed bodyguards for themselves and their children? If this statement is not true, why don't these bodyguards carry truncheons? Quite frankly it is because deep down they recognize that it takes a gun to stop gun – they just will not conscientiously acknowledge it.

Let me introduce a concept called the use-of-force continuum. These policies generally describe a series of escalating actions that law enforcement officers can use when responding to any situation. It may vary slightly between jurisdictions; but generally, the same escalation steps apply. This is the way the policy recommends an officer’s use of force. Officer Presence: the mere presence of a law enforcement officer often works to diffuse the situation; this may involve placing an offender under arrest. Verbalization: this usually includes nonthreatening commands (let me see your identification), increasing their volume to indicate their seriousness, or other compliance commands (don't move). Empty Hand Control: this includes both soft techniques (grab, restrain) or hard techniques (punches, kicks) – generally offensive techniques and defensive tactics. Less Lethal methods: this includes less lethal technologies to control the situation. For example, a baton or projectile weapon can be used to immobilize an individual. Chemical methods (pepper spray) can be used. And one final method, Conducted Energy Devices (tasers), can be used. Finally, we get to the last method: Lethal Force: this is when officers use deadly weapons (firearms) to control the situation. Note that this does not mean that they have to kill the suspect; but it does allow one final element of control equal to or beyond what any suspect could use when posing a serious risk to the officer or others. Officers are instructed to respond with a level of force appropriate to the situation at hand; it should also be noted that an officer responding to a scene may enter the continuum at a level other than step one and move very quickly through the continuum to a more advanced level as the situation escalates. [This paragraph has been adapted from the National Institute of Justice (within the U.S. Department of Justice) and a class I took at the Citizen’s Police Academy in my hometown.] The one final point to note is this: it takes a gun to stop a gun; it is the ultimate step in the continuum.

Recently, for a variety of reasons, innocent men, women, and children have been slaughtered in different venues. Several recent school shootings may have been prevented or mitigated had the shooter been met by another armed individual. Several people were shot and killed in a movie theater. People have been slain at restaurants. In all of these cases I believe that the gun was not the problem; the shooter was the problem. Whether it was because the shooter forgot to take their medications – or maybe they didn't even realize they needed medication; maybe the person had an abusive childhood; maybe there was a recent stressor that caused the person to snap. Some of these reasons may explain the shooter’s actions; but all of these reasons are irrelevant when there are bodies strewn throughout a classroom, theater, or cafeteria floor.

What if an armed policeman was at the entrance to the school? Further, what if that policeman drew his weapon and killed the shooter before he ever got into the school? Now, let's change the scenario a little; instead of a policeman at the door with a drawn weapon, what if it were the principal? Would everybody feel that this solution is still acceptable? When people talk about gun control, they generally do not include disarmament of police officers. Maybe it is because they are confident that the police officers can implement the use-of-force continuum properly. Still, ultimately, it takes a gun to stop gun. The biggest problem is that most police departments do not have enough police officers readily available at every possible location. Further, not every citizen is capable of or desirous of taking care of themselves in situations involving perpetrators with weapons. People of the United States have always been willing to step up and help others; it is time for us to put aside political correctness and choose the solution that will really work: it takes a gun to stop a gun. I am sure that there would be plenty of volunteers who would willingly accept this responsibility. This doesn't mean armed guards at the entrances; it would mean armed educators within the classrooms. The challenge will be to find people who are reliable and consistently able to discharge the responsibilities given to them concerning weapons usage in the protection of themselves and their fellow citizens.
_______________________________________________________