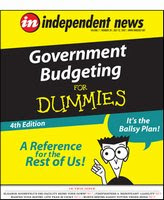 No one is telling the truth about anything relating to the Fiscal Cliff. Americans will begin suffering from Washington’s mass delusion and hysteria by mid January 2012. Wage earners will see a reduction in take home pay with their first pay checks. Some government contractors will get termination notices around the same time because of the consciously severe cuts under the Sequester.

The damage from going over the Fiscal Cliff will remain limited because of the possibility of retroactive fixes being dated back to January 1, 2013. However, this expectation unravels at the end of February if there is no budget deal. Even a superficial, “kick the can down the road again” deal would avoid this expectation cliff. This gives everyone two months to do something before the bottom really falls out.

How did America get in this mess?

Blame the Republicans – starting in 1995, the Republicans in Congress could have held wall-to-wall hearings exposing trillions of dollars in ongoing waste, fraud, and abuse. Mountains of Inspector General Reports, Government Accountability Office Reports, and watch dog organization reports would have been easy pickings for years. By exposing the mind-boggling array of how Americans’ money is squandered would have built a mandate for real change. Republicans never pursued this course. In fact, they remained tongue-tied on how to cut spending through the 2012 elections. When they did offer ideas, they went for ideological cuts, like Public Broadcasting.

Republicans also made every effort to box themselves into a stereotype of defending the rich and abandoning the poor. They never explained that every penny wasted hurts everyone. These pennies include nearly $1 trillion a year in outrageous tax loopholes for corporations, the wealthy, and even foreign gamblers.

Blame the Democrats – the Democrats have refused to focus on spending because the moment they acknowledge that spending can be cut they lose their argument that the federal government needs more of our money. They made budget cutting a partisan issue. This is truly sad for America. Way back in the 1970s, Senator Proxmire (D-WI) issued “Gold Fleece Awards” exposing government waste. Liberal journalists like Jack Anderson railed against waste where ever it was found. Even the National Enquirer had fun with “goofy grants”. Waste was waste and the public embraced aggressive oversight across the political spectrum. This all ended during the Administration of George HW Bush when Democrats realized extorting more taxes required silence on how the money was really being spent.

Blame the media – reporters and commentators love a crisis. They embrace false deadlines and refuse to discuss that these deadlines are based upon fiction, because their countdown clocks and their breathlessly chasing after every rumor attracts viewers and readers. There is no incentive for telling the truth - that everything could be avoided within seconds if everyone sobered up and grew-up.

America is confronted with a parade of “naked emperors” who trumpet that what they are doing is real, and that we are fools if we do not comprehend how hard it is to get off the treadmill of more debt, more taxes, and more spending. Who will be the first voice in the crowd to begin laughing at them and demanding honesty?

Excellent commentary. Especially the mountains of reports that document fleecing of taxpayers that have been routinely ignored for decades. Where is the outrage?