Creating the Will for the Way 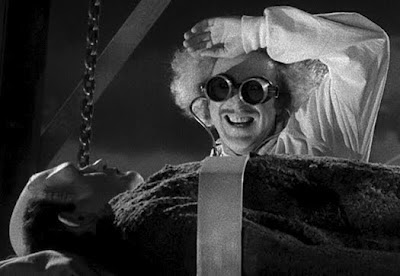 It is clearly time for Americans to stage an intervention to save our nation. The signs of addictive destructive behavior are everywhere. Denial and avoidance are wide spread. The evidence of dysfunction and its consequences are overwhelming.

Both Romney and Obama have asserted that Washington, DC cannot be changed from the inside. They are both right. Washington, DC is filled with a maze of revolving doors that link all branches of government to special interests, contractors, think tanks, lobbyists, academia, and the media. The inhabitants of this crony culture display hyper-partisanship to those outside the Capital Beltway, but work together, like lymph nodes, to isolate and eradicate common sense, accountability, and rational solutions.

The way forward has been known for decades. The will to move forward is simply not there.

Americans have a chance to stage an intervention in the remaining weeks of the 2012. They can demand real answers to real questions during the candidate debates that will occur at the Presidential, Congressional, state, and local levels over the coming weeks. Americans should make it clear that they will not vote for candidates, from either party, who dodge these questions or offer only pandering pablum.

Countless Inspector General and Government Accountability Office (GAO) reports have documented, in detail, that over $650 billion a year is wasted at the federal level. That is $6.5 trillion in savings over ten years – almost six times more than the feared sequestration and sixteen times more than was to be cut in the original 2011 budget/debt deal. Voters should scream the next time a government official or media pundit wrings their hands over how hard it is to cut spending or how the world will come to an end if one penny is removed.

Intervention is about forcing the subject to move past denial to confronting their problem. Everyone, across the political spectrum, needs to admit that there are numerous opportunities to substantially cut even their most favored government programs. Waste is waste. The political elite need to stop “blame-storming” about who is at fault and work together to immediately implement Inspector General and GAO recommendations. These $650+ billion in annual savings would make major strides in paying down our national debt.

Question Two – Will you develop tangible ways for normal citizens to have direct input into the running of their government?

Representative democracy ceased being representative years ago. That is the one common thread that spawned the Tea Party and the Occupy Wall Street movements. Pundits and politicians did everything they could to demonize both movements, making sure they did not join forces. A convergence of these protest movements could have changed America.

Direct input into our government, at all levels, can start with “crowd sourcing”. Corporate America embraced this early on in the social media revolution. New flavors, products, and Super Bowl ads are now being developed from structured “crowd sourcing”. Wikipedia and other websites realize that open input distills and organizes information far better and faster than waiting on individual scholars.

Why not have Congress and federal agencies establish crowd source websites where concerned citizens can identify and shape issues? This could move policy dialogue along far more efficiently than having tens of millions of disparate emails flood Congressional offices.

“Crowd sourcing” could also be used for budget cutting. In 1989, and four times since, Congress realized that it could not rise above the parochial interests of individual Members and turned to an outside process to close and consolidate obsolete military bases. The Base Realignment and Closure Commission (BRAC) has closed over 350 installations, saving tens of billions of dollars.

Why not create a “Budget BRAC”? The parochial interests of Members, and their collective hyper-partisan posturing, have rendered them incapable of stewarding public resources. Citizens could either identify what to cut or what to fund. A limited version of this was initiated by House Majority Leader Eric Cantor. Why not expand this good first step to the entire federal budget? It could either be an ongoing “crowd sourcing” exercise or an annual referendum tied to tax returns, like the Presidential Campaign fund check-off.

These basic questions, if asked, may result in enough elected officials “seeing the light”. Unless something changes, Americans will lose no matter who wins in November.

Posted by Scot Faulkner at 4:33 PM