Behind the Curve - Part 1 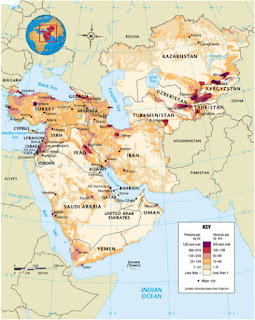 Our modern world obsesses on the 24-36 hour news cycle. Soundbites and factoids are kings. While this makes for exciting entertainment, it diminishes any sense of perspective or reflection. The result is a fixation on what is considered urgent instead of what is really important.

We are in the midst of two major historic waves. One began in 1914, the other in the 1970s (to be discussed in a future blog). Historians a hundred years from now will look back at these waves with some perspective. Unfortunately, most commentators and political leaders are completely missing these waves - to the detriment of our future.

World War II was triggered by the dictatorships that arose to fill the gaps left in Austria, Germany and Russia (Nazism and Communism). This, in turn, weakened two additional European powers and led to a global decolonization, England (1538-1965), and France (1605-1962). The Cold War (1945-1989) was fought mainly because the Communist dictators of Russia (then known as the Soviet Union or USSR) wanted to control strategic resources and lines of communication among these newly independent states in order to achieve world domination. The Soviet-led Warsaw Pact faced-off against the US-led NATO alliance over control of the lands occupied by the former German and Austrian empires.

The fundamental flaws in communism and totalitarianism won democracy and independence for most of Central and Eastern Europe. However, a totalitarian Russia still threatens its neighbors and is showing a renewed thirst for global dominance.

The fall of the Ottoman Empire unleashed forces that have only recently become a factor on the world stage. The winning powers of World War I established dominance over the former Ottoman lands. Unfortunately, there were more cartographers than anthropologists in the room when the Middle East map was drawn. Just like with the imperial division of Africa in the 19th Century, the post World War I shaping of colonies and protectorates left bitter tribal and sectarian rivals within artificial borders. The result was a unleashing of violence and internal strife that plague the Middle East to this day.

Colonialism only occasionally incubates viable leaders. Therefore, the delayed independence for the nations of the Middle East became rich soil for the growth of radical Islam and its extremist proponents. Deep-seated hatreds for Jews and western colonial administrations fermented ill-fated Arab embraces of first Nazism and then Communism. The West’s love of Middle East petroleum bridged these ideological gaps with commerce, but the animosity lingers.

Historical waves, like tsunamis, cannot readily be seen until they break upon an unsuspecting shore. The current challenges with Russia and the Middle East are part of this historic pattern. This means there are no quick fixes, and that most “current wisdom” solutions are flawed because few see things from a long-term perspective.
Posted by Scot Faulkner at 11:00 PM