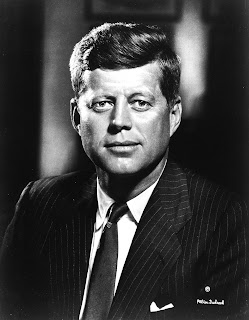 Americans need to look beneath the infomercial trappings to see the real face of a future Obama Administration. Monday night features tributes to Senator Ted Kennedy and former President Jimmy Carter. There will also be speeches by Speaker Nancy Pelosi and a range of liberal and labor union lobbyists. Additional labor union and liberal lobbyists will be at the podium on Tuesday and Wednesday.

An Obama administration will draw inspiration and personnel from these left-of-center groups. His administration will be populated by people who either directly worked for the Kennedys or Carter, or wished they had been old enough to work for them. Congressional staffers who currently support Speaker Pelosi’s worldview will move into the Executive Branch.

Monday night’s Kennedy tribute will undoubtedly be nostalgic about the entire Kennedy family. I am sure many talking heads within the mainstream media will draw countless and pointless parallels between Obama-Biden and Kennedy-Johnson. These will be along the lines of young charismatic barrier breaker (Obama – race; Kennedy – Catholic) runs with Senate veteran.

There are parallels. Obama-Biden have a combined Congressional service of 38 years (Kennedy-Johnson had 37 years). They, along with Kerry-Edwards, are the only all-Senate Presidential ticket in American history. People forget how young Johnson was (age 52). Biden is 66. This means the average age of the 1960 ticket was 47, while the average age of the 2008 ticket is 56.

Americans need to remember the legacies of Kennedy-Johnson. They tampered with the planning of the Bay of Pigs, leading to America’s worst pre 9-11 intelligence failure (April 15-19, 1961). [For those who think Kennedy was blameless and duped, please read “Give Us This Day” by E. Howard Hunt].

Kennedy tried to recover from this debacle with an equally disastrous summit with Soviet Premier Nikita Khrushchev in Vienna (June 4, 1961). Emboldened by the Kennedy’s weakness and inexperience, Khrushchev built the Berlin Wall (August 13, 1961) and placed offensive missiles in Cuba (starting in May 1962). The subsequent Cuban Missile Crisis (October 16-28, 1962) is considered Kennedy’s greatest triumph. He is hailed as a great leader for facing down the Soviets and avoiding nuclear war. Taken in context, honoring Kennedy is like honoring a pyromaniac who saved lives after starting the fire in the first place.

In addition to this series of reversals with the Soviets, Kennedy approved the overthrow of the South Vietnamese government (November 1-2, 1963). The CIA-sanctioned killing of President Diem and his brother sent that country into a tailspin of instability that resulted in America’s longest war and its eventual communist takeover (April 30, 1975).

So when the mainstream media basks in their 1960’s nostalgic glow, Americans need to remember the facts of that era. When, Obama and Biden talk about change, Americans need to demand to know what is the Obama-Biden vision and inspiration. It may not be a pretty picture.
Posted by Scot Faulkner at 6:12 PM