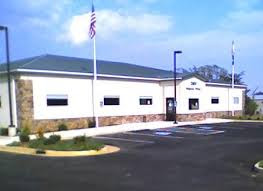 I had to renew my driver’s license today. My hour wait at the West Virginia Department of Motor Vehicles (DMV) provided an opportunity to watch government dysfunction unfold around me.

First, don’t you wonder how Donald Trump or Paris Hilton renew their driver’s licenses? No matter how many people work for them, they still have vouch for their identification and residence and still have to have their photo taken. Do they stand in line like the rest of us poor mortals or do DMV’s have celebrity expediters?

My hour at the DMV began at 12:45. Given that today is the end of the month, and is during a week when many people take the entire week off, you could assume that this would be a peak demand period. It was. People filled most of the seventy chairs in the waiting room with another dozen milling around and twenty more waiting to get their processing ticket from the information kiosk. I looked over at the eleven service counters. Only three windows were operational! During the course of my hour three more windows opened for operation, leaving five closed.

This service center has been open for over a year. Given that everything is automated, including printing of service tickets, you can assume that they have a detailed overview of how many people, on the average, use their center including patterns linked to time of day and day of week. You would assume lunch hour would always be a busy time. So, why doesn’t the DMV stagger everyone’s lunch period to limit the number of windows that are off-line?

I then noticed six office doors behind the service counter. Lights were on and doors were open and people occasionally scurried between them. I assumed that these were DMV supervisors or functionaries. None of them glanced at the service counter as they made their way among the offices. Another curiosity – Wal-Mart uses one head teller to oversee and support up to 42 checkout lines. Why is there a need for six DMV officials to support eleven service windows along with the two-person information kiosk? Given that everything is automated, what occupies the time of these six people? Why are they not filling in at the counters during peak demand?

Countries like Estonia allow people to renew their licenses using cell phones. It is amazing that DMVs across America obsessively continue to conduct business as they have since the 1920’s. Even if you assume national security requires everyone to physically show-up, why does it always have to be such an ordeal? Why does it have to be so inefficient?

My DMV experience is not unique. Similar dysfunction has happened at DMVs in other states where I lived. It is a glimpse into why government, at all levels, is so expensive and so ineffective. There is no bottom line. There is no interest in whether people are served or how well they are served. There is no sense of urgency. Every DMV functionary will get paid no matter what really happens so why worry? It is our money and, in this case, our time being wasted. We should ask the candidates what are they going to do about it.
Posted by Scot Faulkner at 6:56 PM