The Way to Keep the House 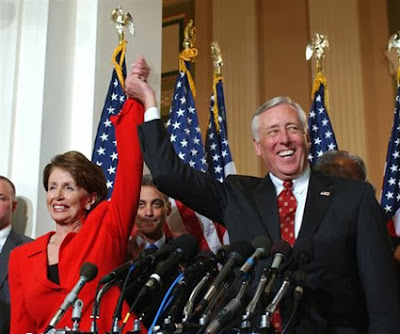 CORRUPTION was widely considered a principal cause of Republican losses in November. Now that Democrats are preparing to take charge of the House of Representatives for the first time since 1994, they would do well to adopt a reform agenda that will help keep the new majority out of ethical trouble — and its members out of jail.

However, if the new Democratic majority functions anything like the old one, they — and we — are in for trouble. The Democrats’ previous administration of Congress was amazingly dysfunctional — an operation that allowed the least ethically inclined members to rob the place blind, as both the House Bank and Post Office scandals confirmed. Less heralded problems were perhaps even more telling.

In 1994, House operations were essentially designed to launder funds to support incumbents. Most member services, including printing, mailing and the photography studio, were hidden in large revolving accounts. There was no way to tell who was spending what. Those fees that were traceable were usually mere shadows of the true costs to taxpayers.

At the time, personal services to members and staff — beauty parlors, barbershops, shoeshine stands and gift shops — were all losing money. Members could buy office furniture for their personal use, paying one dollar for a leather chair or $1.75 for a mahogany executive desk. Incompetent managers permitted sordid abuses of patronage, including sinecures for mistresses and relatives.

None of this was revealed because accounting practices for the House’s nearly $1 billion annual budget were surreal. Most of the House’s expenditures could not even be documented. Figures were compiled on antiquated handwritten ledgers and were riddled with errors. District office leases were negotiated over the telephone with little or no paperwork.

There were no inventories of House furniture or equipment. A five-story warehouse in Washington, occupying a third of a city block, was stuffed with everything from 19th-century antique clocks to packing crates loaded with office supplies. Yet the warehouse was not even listed on the books.

House accounting practices were so wretched that when the first real independent audit of the House was attempted in 1995, auditors concluded that too little financial information existed for them to render judgment.

During the 104th Congress, from 1995 to 1997, a bipartisan reform effort cleaned up some of the worst abuses. Members reorganized House operations, placing a respected former Secret Service agent in charge of a revamped sergeant-at-arms office as well as naming me to the new position of chief administrative officer, in charge of overseeing management changes. Competitive job postings, an open and fair procurement process and other reforms replaced the traditional patchwork of patronage, cronyism and collusion.

Reform paid handsomely. In less than two years the House received a “clean” audit from Price Waterhouse and realized budget savings of $148 million. An additional $39 million in savings was reinvested in networked computers to bring the House into the information age. In addition, excess furniture was sold at auction, the mysterious warehouse was closed and member services actually began generating profits.

However, as revolutionary passion faded and incumbency extended, the Republican majority backed away from the ultimate reform: true transparency of House operations.

Democrats will soon be in a position to pick up the torch. For starters, they should publish House finances online and make them fully searchable. My office produced a prototype Web site for the Republicans in 1996 but they squashed it. Our intent was to develop reporting formats and explanatory notes understandable to everyone. But this was more disclosure than the leadership could stomach.

In addition, Democrats should make all House meetings viewable online. The House should install two digital cameras in every committee and subcommittee room, with one facing the rostrum and another facing the witness table. The Republicans rejected an earlier version of this proposal in 1995, saying, in effect, “Not that public!”

This expansion of public access would erode the power of K Street lobbyists who use “insider” information gleaned from committee meetings to justify their fees. If everyone can see the same thing at the same time, much of the lobbyists’ cachet will evaporate. And if Democrats truly want to exercise oversight of the executive branch, something we haven’t seen for a while, Web- and pod-casting will make sure Americans can watch oversight hearings in their entirety without news producers mediating the proceedings.

These fundamental reforms would reshape government to serve all Americans. They would improve democracy, rebuild faith in government and — are you listening, Democrats? — quite likely extend the majority status of any party that is open and honest enough to enact them.

Scot M. Faulkner was the chief administrative officer of the House of Representatives from 1995 to 1997.
Posted by Scot Faulkner at 3:41 PM