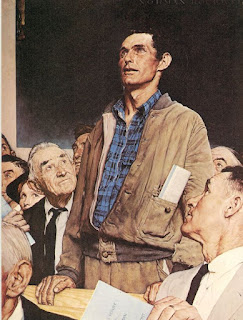 America is built on local government.  The future of our nation depends on local communities remaining at the core of representative democracy.


In 1831, the Frenchman, Alexis Clerel, the Vicount de Tocqueville, along with his colleague Gustave de Beaumont, was sent by the French government to study America.  While their mission was officially to review prisons, their nine-month journey produced one of the great classics on America’s civic culture.


“Democracy in America” was published in two volumes (1835 and 1840).  It remains a foundational document describing American exceptionalism.


At its core is de Tocqueville’s description of local government:


The village or township is the only association which is so perfectly natural that wherever a number of men are collected it seems to constitute itself. The town, or tithing, as the smallest division of a community, must necessarily exist in all nations….


….local assemblies of citizens constitute the strength of free nations. Town-meetings are to liberty what primary schools are to science; they bring it within the people’s reach, they teach men how to use and how to enjoy it. A nation may establish a system of free government, but without the spirit of municipal institutions it cannot have the spirit of liberty.


America has always been a nation of communities.  Its pattern of settlement, through Royal Charters, gave wide latitude for establishing local governance.  Being over 5,500 miles from London, made detailed oversight of colonies impossible.  By necessity, and by desire, colonists embraced local authority over distant rule from a capitol or nation.  When distant rulers attempted to increase their control, colonists ignited a Revolution.


The revolution of the United States was the result of a mature and dignified taste for freedom, and not of a vague or ill-defined craving for independence.


The first form of government was the Articles of Confederation, which created a very weak national government.  External threats and internal dysfunction led to the U.S. Constitution, with extensive safeguards for local sovereignty.


America established a federal government, which means power is shared between national and state government, and the majority of governmental actions take place at the local level.  This is institutionalized in the Tenth Amendment of the U.S. Constitution:


The powers not delegated to the United States by the Constitution, nor prohibited by it to the States, are reserved to the States respectively, or to the people.


These independent, and interdependent, local governments reflect the diversity that is unique to America.  In America, the preferred government is one closest to those its serves.


de Tocqueville links local government to being fundamental to a free people:


In the township, as well as everywhere else, the people are the only source of power; but in no stage of government does the body of citizens exercise a more immediate influence. In America ‘the people’ is a master whose exigencies demand obedience to the utmost limits of possibility.


Municipal independence is therefore a natural consequence of the principle of the sovereignty of the people in the United States: all the American republics recognize it more or less;


de Tocqueville uses the townships of New England as his primary example of the effectiveness of local government and their role in establishing America’s unique democracy:


The native of New England is attached to his township because it is independent and free: his co-operation in its affairs ensures his attachment to its interest; the well-being it affords him secures his affection; and its welfare is the aim of his ambition and of his future exertions: he takes a part in every occurrence in the place; he practices the art of government in the small sphere within his reach; he accustoms himself to those forms which can alone ensure the steady progress of liberty; he imbibes their spirit; he acquires a taste for order, comprehends the union or the balance of powers, and collects clear practical notions on the nature of his duties and the extent of his rights.


While discourse over major national and global issues attract the most attention, it is local government that most directly affects our daily lives.  The quality of the school children attend, the condition of roads driven, the safety of neighborhoods, the taste and pressure of water coming from the tap, saving lives and property from fire or accident, are locally governed and provided.


In no country in the world do the citizens make such exertions for the common weal; and I am acquainted with no people which has established schools as numerous and as efficacious, places of public worship better suited to the wants of the inhabitants, or roads kept in better repair.


As the administrative authority is within the reach of the citizens, whom it in some degree represents, it excites neither their jealousy nor their hatred; as its resources are limited, everyone feels that he must not rely solely on its assistance…This action of individual exertions, joined to that of the public authorities, frequently performs what the most energetic central administration would be unable to execute.


Thanks to the strength of local government, America remains an inspiration for all those who seek free and open societies.


While chronicling America in its early years, de Tocqueville recognized how the United States’ embrace of local governance already served as a model for a better world:


I believe that provincial [local] institutions are useful to all nations, but nowhere do they appear to me to be more indispensable than amongst a democratic people.


The only nations which deny the utility of provincial [local] liberties are those which have fewest of them; in other words, those who are unacquainted with the institution are the only persons who pass a censure upon it.