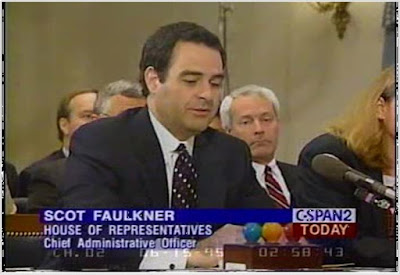 Since the Roman Senate, there has always been a need for a smaller group of Members to focus on details before actions are considered by the entire assembly. This is a better use of time, as Members are not equally interested or versed in every topic under consideration.

Committees to support the legislative process in America’s colonies started in the House of Burgesses in Williamsburg, Virginia in 1642.

The drafting of America’s Declaration of Independence was the act of a committee.

On May 15, 1776, the Second Continental Congress unanimously passed a resolution calling on all thirteen colonies to form governments representing colonial interests independent of the British Crown. Congress then authorized the drafting of preamble explaining the reasons for and purposes of this action. On June 11, 1776, Congress appointed a “Committee of Five” to draft this “declaration”. John Adams, Benjamin Franklin, Thomas Jefferson, Robert Livingston, and Roger Sherman were appointed.

The work of the “Committee of Five” was presented to the Congress on June 28 and, after spirited debate, was adopted on July 2, 1776. The approved Declaration of Independence was signed on July 4, 1776.
After the Revolutionary War, and the adoption of the U.S. Constitution, newly elected Senators and Representatives quickly formed committees to support their legislative duties.
On April 2, 1789, the first House committee was established to “prepare and report” on rules and procedures.
On April 7, 1789, the first Senate committee was formed to establish rules of procedure. By 1816 the Senate had eleven standing committees, many of which operate to this day.
The formation of the House committee on Ways and Means, on July 24, 1789, marked Congress’ implementation of its most important relationship with the Executive Branch.
“No Money shall be drawn from the Treasury, but in Consequence of Appropriations made by Law; and a regular Statement and Account of the Receipts and Expenditures of all public Money shall be published from time to time.”
- U.S. Constitution; Article 1; Section 9
The “Consequences of Appropriations” is how representative government holds the Executive Branch in check. In the earliest days of the United States, unelected functionaries, all owing their positions to political patronage, had to be held accountable to Americans. Only through elected Senators and Representatives in “oversight” hearings could these public officials be reminded that their loyalty was to the law and Americans citizens, not just to the President.
Congressional Hearings are conducted to put actions and information on the public record.
Senators and Representatives use hearings to expand from focusing on legislative details to exposing and communicating facts.
Ideally, a Congressional hearing is well-scripted theater. Executive Branch officials work with Committee staff to prepare for publicly sharing information. When the hearing convenes, everyone knows their role. Witness testimony, followed by questions and answers, clarify intent of laws, explain programmatic and policy matters, and explore solutions. The outcome is action that supports passage of legislation or funding for government operations.
Majority and minority members of the Committee have equal time to speak and pose questions to witnesses. Depending on the issue, non-government experts, and at times, average citizens, may be witnesses, sharing their insights and experiences to illuminate the impacts of a given issue.
As government expanded, Congress needed help with its oversight. In 1921, the Government Accounting Office (GAO) was formed. It was later renamed the Government Accountability Office, using the same acronym – GAO.
The GAO’s accounting and management experts review how Americans’ tax dollars are spend, or misspent. Every year hundreds of investigative reports, filled with hundreds of recommendations are sent to the Congress. These reports support oversight hearings where Congressional committees hold public officials accountable and launch legislative efforts to curb abuse and facilitate efficiency.
That is how it is supposed to have worked.
Unfortunately, most Senate and House members find government oversight “boring”. Unless there is a headline-grabbing scandal, few news outlets cover improper payments, operational duplication, or mismanagement leading to wasteful spending.
This is unfortunate. In 2017, implementing just 52% of the 724 GAO management recommendations saved taxpayers $178 billion. During the final years of the Obama Administration, only 29% of the GAO’s recommendations were implemented.
Annually, the GAO, and the 73 independent Inspectors General within the Executive Branch, publish over 8,000 reports identifying approximately $650 billion in waste.

In the past, Appropriations Committees met to build the case for spending public funds. Administration witnesses made their case for spending. Appropriation Committee Members made their alternative case, opposing or supporting what the Administration witnesses proposed. Oversight reports and hearings guided spending and reforms.

What should occur is a dialogue designed to align Congressional intent, and Executive Branch actions. Representative government is fundamental to validating public spending.

What should emerge is legislation filled with spending numbers. Supporting these numbers should be a narrative, in the public hearing record and committee reports, building a compelling case for how and why public finds are being spent, or not spent.

None of this happen anymore. Few, if any Appropriation bills pass. Concurrent Resolutions or Omnibus spending bills are generated at the last moment to meet spending deadlines. Political expediency, not representative government, drives the legislation.

In 2015, there were 128 House Appropriation hearings prior to marking-up legislation. In 2016 there were only 88. The House listened to 253 Administration witnesses, but only seven of the 73 Inspector Generals. No one from the Government Accountability Office (GAO) was involved. No one from private oversight groups, documenting government waste and abuse, were heard.

It gets worse. In the 1980s and 1990s, Appropriation hearings lasted three or more hours. Hearings in 2016 averaged 77 minutes. When you factor in the opening remarks from the Chair and Ranking Member and the opening statement of the main witness, less than 25 minutes were devoted to questioning witnesses at each hearing. Very few Members attend or participate.

House Committees broadcast their hearings online and archive them as podcasts. None of the 47 Senate Appropriation hearings were broadcast or archived. The public only knows that three Inspector Generals appeared, and there was no one from the GAO or government watchdog groups. The public remains uninformed as to what 121 Senate witnesses had to say beyond the text of their prepared remarks. Senators’ questions are also a mystery.

Congressional hearings, the embodiment of representative government, are deteriorating. This undermines the carefully crafted balancing of powers in the U.S. Constitution.

Representative government means its elected officials must do their duty. Even “boring” management oversight is important, especially to taxpayers concerned about how their hard earned money is spent.

Posted by Scot Faulkner at 8:53 PM