HOW GOVERNMENT GREW IN AMERICA 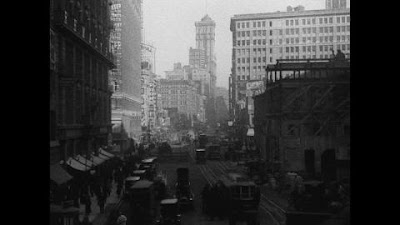 
The 1928 Presidential Election remains the zenith of Republican political power.  Republican Herbert Hoover crushed Democrat Al Smith, winning 58 percent of the popular vote and 83 percent of the electoral vote. [1] The landslide was fueled by years of prosperity, affection for outgoing President Calvin Coolidge, and deep seated concerns over Smith’s Catholicism. Republicans also amassed majorities in the House and Senate not seen again until 2014.


Ironically, the 1928 election also marked the formation of an American consensus supporting a permanent and expanding role for the federal government. Both candidates espoused the need for federal intervention in the economy. [2] Both party platforms articulated a vision of economic vitality guided by federal regulation. [3] Business leaders embraced “the advantages of an economy managed through government-business cooperation.” [4]


Contrast the national consensus of 1928 with 1876.  In that turbulent year both Republican Rutherford B. Hayes and Democrat Samuel J. Tilden were universally opposed to government intervention.  The Republican and Democratic Platforms displayed equal vehemence against the federal government.  In fact, the Democratic Party was viewed as an “orderly, dependable, even conservative partner.” [5] Tilden spoke out against:


“…a spirit of gambling adventure, engendered  by false systems of public finance; a grasping centralization absorbing all functions of local authorities, and assuming to control the industries of individuals by largesses to favored classes from the public treasury of money wrung from the body of the people by taxation.” [6]


What happened during the intervening 52 years to cause such a paradigm shift relating to the role of the federal government?


The years after America’s Civil War unleashed an explosion of invention, entrepreneurship, and economic growth unknown in world history. America would complete its conquest of North America, lead the world in innovation, and in1898 emerge as a major world power.  America became the foremost land of opportunity attracting record numbers of immigrants desiring farmland in the west or employment in the cities of the east.


America in 1876 was organized around small communities.  This had always been a fundamental aspect of rural life, and it now manifested itself in urban neighborhoods.  Within these small spheres everyone knew each other, allowing for direct local engagement of affected individuals in every matter relating to collective well-being. Such intimacy supported informal and private sector solutions that formed the basis of America’s founding principles. [7]


“Resolved, That this Convention, representing the Democratic party of the States, do cordially indorse the action of the present House of Representatives in reducing and curtailing the expenses of the Federal Government, in cutting down enormous salaries, extravagant appropriations, and in abolishing useless offices and places not required by the public necessities, and we shall trust to the firmness of the Democratic members of the House that no committee of conference and no misinterpretation of rules will be allowed to defeat these wholesome measures of economy demanded by the country.”[8]

The absence of federal regulations, combined with sustained peace and stability in the late Nineteenth Century, to unleash Americans’ genius for invention and innovation.  Every new technology, every new machine, every new business and business leader, accelerated the American economy to previously unrealized levels.  The typewriter (1867), the telephone (1876) the adding machine (1888), and cash register (1897) thoroughly reinvented business. [9]


These technologies linked America together in new ways on a broad scale.  A new middle class arose composed of specialists and managers to run this new business age.  Railroads allowed goods and services to move across the continent. Other forms of transportation, cable cars (1873), elevated trains (1878), and subways (1895) bridged neighborhoods and reached out to surrounding rural areas.  Electricity (1880) made urban areas safer and extended the hours used available for work and play. [10] These technologies were open to all, making cities lands of opportunity as enticing as the vast western expanses of America.


The breadth and pace of change had other consequences: “Yet to almost all of the people who created them, these themes meant only dislocation and bewilderment. America in the late Nineteenth Century was a society without core.  It lacked those national centers of authority and information which might have given order to such swift changes.” [12]


Urban political machines served as interim mechanisms to translate neighborhood culture into metropolitan-wide operations.  This came at the price of corruption and myopia. [13] The rapidly expanding demand for urban infrastructure and services eventually overwhelmed even the most pervasive city machines. [14] “As more people clustered into smaller spaces, it became harder to isolate the individual.  As more of a previously distant world intruded upon community life, it grew more difficult to untangle what an individual did and what was done to him, even to distinguish the community itself from the society around it.” [15]


The complexity, scope, and pace of challenges were reaching a breaking point. It was at this juncture that leaders and innovators among the new urban middle class saw their opportunity to apply skills honed from managing complex and geographically dispersed enterprises in the private sector. [16]


Broadly defined as the Progressive Era, these were local efforts to bring order out of chaos, honest government out of corruption, and efficiency out of waste.  The urban middle class offered ways to save cities from themselves.  Their movement was not ideological, but at times idealistic.  Both Republicans and Democrats saw the utility in adopting new methods to solve the new problems. [17]


Tangible successes from this array of ad hoc experiments had leaders using newspapers and magazines to share their experiences and explore increasingly expansive ways to apply their approaches.  For them, and a new wave of political & economic thinkers, the lessons from business could be applied to public services and local governance.  It was only a short matter of time, and an even shorter philosophical leap, for many of these thinkers and doers looking for ways to apply industrial design in factories to society as a whole, to “regulate society’s movements to produce maximum returns for a minimum outlay of time and effort.” [18]


Business leaders also saw the benefits of adequate, predictable, urban services and infrastructure.  Concerns about a slippery slope to Socialism or Communism were not voiced as every step forward was framed in terms of management, professionalism, honesty, the rule of law, and industrial innovation. [19]


The ascendancy of Theodore “Teddy” Roosevelt provided a national forum and credibility to the myriad of local initiatives.  This included systemizing government at all levels, professionalizing administration, and the collecting and assessment of objective data to guide decisions. By 1912, the Progressive era had established government at all levels including the federal, as a co-equal partner to business, “in order to achieve the adaptable order that both public officials and private interests sought, some sense of mutual purpose, some accommodation that still allowed each side ample room to maneuver, was considered indispensable.” [20]


President Woodrow Wilson filled his Administration with Progressive thinkers and doers. The federal funding of innovation and statistical research, and the collaboration between government, industry, and academia completed the civic shift begun in earnest after the financial panic (depression) of 1873.


“Nineteen sixteen marked “the completion of the federal scientific establishment”, covering industry, agriculture, and an assortment of public services, and much the same was true of the basic regulatory mechanisms in both Federal and state governments...what had emerged by the war years was an important segment of the population, a crucial one in terms of both public and private leadership, acting from common assumptions and speaking a common language.  A bureaucratic orientation now defined a basic part of the nation’s discourse.” [21]


The Harding-Coolidge Administrations gave America the opportunity to assess the legacy of the Progressive Era.  Andrew Mellon, Treasury Secretary under both Harding and Coolidge, led the way in rolling back taxes and spending while dismantling or privatizing federal functions. Unfortunately, other Harding Cabinet members saw personal opportunity and fell into various ethical pits, like the Tea Pot Dome scandal. [22]


Harding’s death allowed Coolidge to bring the full power of the Presidency to support Mellon’s crusade against federal government over reach.  They were opposed by Cabinet Secretaries and Republicans in Congress who jealously guarded their fiefdoms and prerogatives. [23] Coolidge also used the new medium of radio to warn Americans about the folly of federal intervention and unbridled spending. [24] Coolidge ultimately prevailed, creating a budget surplus that reduced the national debt by nearly 37 percent. The results were full employment (less than 2% unemployment) and an economy booming with manufacturing growing by 33%, and iron and steel production doubling. [25]


Not everyone was thrilled with Coolidge’s counter revolution against the Progressive’s legacy.  Commerce Department Secretary, Herbert Hoover, a Harding holdover, opposed the Coolidge-Mellon rollbacks of taxes and spending.  Unlike Coolidge, Hoover was a product of the Progressive Era – a private sector technocrat who looked for ways to apply industrial design to the economy. [26] In his book, “American Individualism”, Hoover offered the quintessential mindset of Progressivism, “Our mass of regulation of public utilities and our legislation against restraint of trade is the monument to our intent to preserve an equality of opportunity.” [27]


Coolidge worried about his counter revolution in the hands of Hoover.  The Republican platform of 1928 proved his worst fears:


The mighty contribution to general well-being which can be made by a government controlled by men of character and courage, whose abilities are equal to their responsibilities, is self-evident, and should not blind us to the consequences which its loss would entail.


We believe that the Government should make every effort to aid the industry by protection, by removing any restrictions which may be hampering its development, and by increased technical and economic research investigations which are necessary for its welfare and normal development.


We stand for the administration of the radio facilities of the United States under wise and expert government supervision.


The Government today is made up of thousands of conscientious, earnest, self-sacrificing men and women, whose single thought is service to the nation.


We pledge ourselves to maintain and, if possible, to improve the quality of this great company of Federal employees. [28]


It only took 52 years to shift from an America driven by small government in rural settings and urban neighborhoods to one that cheered expansion of federal and executive power via the New Deal, World War II, the Cold War, the Great Society, and the Carter Administration.  In 1980, America once again decided to take stock of what had happened.  It comes as no surprise that one of President Reagan’s first acts was to place the portrait of Calvin Coolidge in the Cabinet Room to inspire his own revolution.