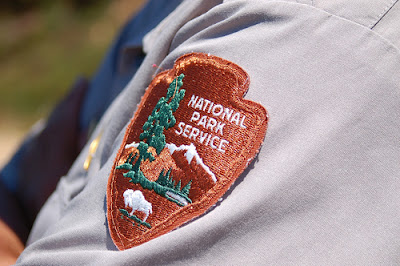 I do not understand why the Bush Administration hates the National Park Service (NPS).

Over the last seven years the Bush Administration has under funded park operations by over $600 million a year. They have also created a $5 billion backlog in deferred maintenance. They have also reorganized in ways designed to hamper land acquisition and derail private partnerships and donations. These actions have ground construction and land acquisition to a virtual halt. The President’s FY 2009 Budget identifies $351 million in unobligated NPS construction funds and $185 million in unobligated land acquisition funds. These NPS funds are found on pages 649-650 of the President’s budget appendix (pdf pages 53-54). http://www.whitehouse.gov/omb/budget/fy2009/pdf/appendix/int.pdf

However, the most heinous Administration actions strike at the fundamental survival of the National Park System. The Bush Administration has been secretly shutting down park operations and undermining our park system through a program called “Core Operations”.

“Core Operations” is mandating that every national park reduce its current operations by at least twenty percent over the next five years. In addition, each park is being told that they will have to absorb all cost increases related to inflation, personnel, and benefits within these reduced budgets. “Core Operations” has already resulted in wholesale terminations of public programs, firings and forced transfers of personnel, and the closing some park units. All this is being done without public knowledge or input. In fact, this program’s guidelines specifically ban public input and prevents park managers from considering customer and stakeholder interests.

The first signs of this resource starvation have recently surfaced in a report from the Inspector General of the Department of Interior. That report disclosed how the National Park Police are being plagued by low moral, poor leadership, and bad organization. Most importantly, the report sounds the alarm that our national monuments are at risk http://www.nctimes.com/articles/2008/02/06/travel/14_50_482_4_08.txt.

The Administration’s reaction to this report, and other reality checks, is denial and punitive efforts to silence its critics. Theresa Chambers learned what happens when career officials speak out about what is really happening. In 2004, Ms. Chambers, as the Chief of the U.S. Park Police, spoke out about the Bush Administration’s neglect and its impact on our national parks and monuments. Her concern for our nation’s treasures earned her a rapid demotion.

The Park Service is not always the most efficient or effective at preserving our national treasures and providing public programs. We all remember the $1 million spent in 1988 on an “environmentally friendly” outhouse in Glacier National Park http://www.jldr.com/oh1mill.html and the $330,000 spent in 1997 on an outhouse along the Appalachian Trail that did not have any running water http://www.theplumber.com/outhouse.html. But such fiascos do not justify the current systematic undermining and dismantling of the agency protecting our national treasures.

If the Bush Administration is right about our being in a global struggle against radical Islam then it should be of paramount importance that we preserve and protect the icons that define our nation. During the Christmas season the Bush White House made a big show of promoting the Park Service. The official Christmas tree featured park ornaments and the family’s dogs became junior Park Rangers in the annual Bush Christmas video. There is clearly a disconnect between these symbolic acts and the Bush administration’s own jihad against our national treasures.

This assault on the Park Service comes at a pivotal time in America. We are facing a major crisis in our civic culture. We are victims of our own success. Today we can watch 100 different television stations and visit millions of websites. This means we are no longer obtaining information in any common format or source. We are rapidly losing the collective experience and collective memory that are the foundation of a civic culture. We no longer have a common frame of reference that defines us as Americans and as a nation.

The collapse of civic culture has ended more civilizations than invasions and disease. This is not about immigration or diversity. It is about how we maintain our public values and institutions when people forget who we are and how our system works. In West Virginia public high schools civics is now an elective. Guides at the U.S. Capitol have to explain federalism and the three branches of government to US tourists and school groups.

The basic principles of our civic culture, and the history that created it, must be taught as a central part of preparing the next generation. One way to preserve our civic culture is to support the stewards of our collective memory – the 388 units of our national park system. This fundamental concept seems to be lost on President Bush, Secretary Kempthorne, and Park Director Bomar. We may have to wait until the next President before there is a clear commitment to preserving our past in order to assure our future.
Posted by Scot Faulkner at 7:57 PM