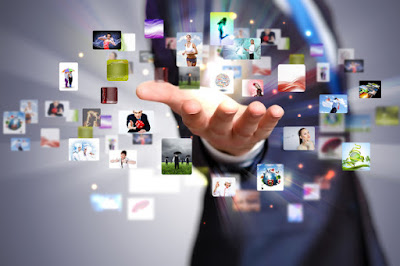 There are three ways Congress lives up to its mandate from the Founding Fathers – documenting their actions, recording their votes, and communicating with their constituents. Each method has changed as technology evolved. Each technological advance has expanded the availability of official records, and opened more avenues for communication and accountability.

America’s Founding Fathers understood the importance of communication and accountability between citizens and their elected representatives.
Even before the U.S. Constitution, the Continental Congress approved provisions for communicating with citizens, and assuring citizen accountability through knowledge of the actions of their elected representatives.

Articles of Confederation.
“…and shall publish the Journal of their proceedings monthly, except such parts thereof relating to treaties, alliances or military operations, as in their judgment require secrecy; and the yeas and nays of the delegates of each state on any question shall be entered on the Journal, when it is desired by any delegate; and the delegates of a state, or any of them, at his or their request shall be furnished with a transcript of the said Journal, except such parts as are above excepted, to lay before the legislatures of the several states.”

James Wilson, a member of the Committee on Detail which compiled the provisions of the draft U.S. Constitution, was a follower of the great British parliamentary scholar Sir William Blackstone. He quoted Blackstone’s Oxford 1756 lectures, which underscored the importance of a public record for holding officials accountable, “In the House of Commons, the conduct of every member is subject to the future censure of his constituents, and therefore should be openly submitted to their inspection.”

Article 1, Section 5, Clause 3
Each House shall keep a Journal of its Proceedings, and from time to time publish the same, excepting such Parts as may in their Judgment require Secrecy; and the Yeas and Nays of the Members of either House on any question shall, at the Desire of one fifth of those Present, be entered on the Journal.

During its ratification, the importance of citizens interacting with their elected representatives was institutionalized in the Bill of Rights.

Congress shall make no law respecting an establishment of religion, or prohibiting the free exercise thereof; or abridging the freedom of speech, or of the press; or the right of the people peaceably to assemble, and to petition the Government for a redress of grievances.

Alexander Hamilton and James Madison made communication between citizens and their elected representatives fundamental to the integrity of representative Democracy.

It is a sound and important principle that the representative ought to be acquainted with the interests and circumstances of his constituents.

Every day the Congress approves the “Journal” of the previous session. This is the official outline of actions taken during the previous meeting of each Chamber, like a set of minutes. It is codified in Section 49 of Thomas Jefferson’s 1812 Parliamentary Manual that governs Congressional operations.

Staff of the House Clerk’s Office, and the Secretary of the Senate physically write, and now type, every word said during Congressional sessions. These are transcribed and printed in the Congressional Record. Printed daily editions of the Congressional Record were distributed to Legislative Offices. A very limited number of copies were also available through those offices to the public.

This changed in January 1995, when the Library of Congress made digital copies of the Congressional Record available on its website. Continuous improvements now allow for user friendly search of the Record and all legislation, by anyone on the web, anytime, anywhere.

The Congressional Record remains the official transcript of proceedings. Since March 19, 1979 in the House and June 2, 1986 in the Senate, the Cable-Satellite Public Affairs Network (C-SPAN), a nonprofit private entity, provides live coverage of each Chamber. The cameras are owned and maintained by the Architect of the Capitol, while their operations and broadcasts are operated by staffs of the Chief Administrative Officer in the House and the Secretary of the Senate. C-SPAN receives the signal and airs it on its various cable television channels.

Live television fundamentally expanded the Congressional audience. Instead of the small public viewing galleries, anyone can now watch what happens instead of reading about it. Archived videos of each session can be accessed 24-7 on C-SPAN’s website.

Starting in 2007, every public hearing in the House is broadcast live, and archived as podcasts on each Committee’s website. The Senate only provides the traditional list of witnesses and publishes opening statements.

For over 184 years Congress used voice voting. The process of calling each Member’s name remains the Senate’s format. The House started using an electronic voting system on January 23, 1973. This reduced voting time from 45 minutes or more to 15 minutes. Clustering votes on noncontroversial bills, under “Suspension of the Rules”, can reduce vote times to five minutes. This saves as much as 400 hours a year in vote and “quorum call” time and provides immediate documentation of how each Member votes.

Everyday, citizens learn about the actions of the Legislative Branch through a free and vibrant news media and through direct communication with their elected representatives. Credentialing and supporting journalists covering Congress began in 1838. Today, the media galleries, operated by the House CAO and Secretary of the Senate, but managed by the media themselves, credentials over 6,000 correspondents from around the world.

Up until 1995, Members responded to their constituents requests and comments using paper, just like public officials had done for centuries. Handwriting gave way to typewrites, which evolved into word processors.

That all changed in 1995. Dramatic operational savings, achieved from strategic reforms in the House, gave Speaker Newt Gingrich the ability to invest in the CyberCongress. Former executives from IBM and other technology companies were recruited by the Chief Administrative Officer. They designed and implemented the most dramatic technology revolution in Congressional history. This giant leap took House communications from the 18th Century into the 21st in one giant leap.

The epic leap changed the layout of Capitol Hill and the culture of Congress forever.

The CyberCongress took only ten months to be fully operational and came in under budget.

Today, Members and their staffs handle all constituent communication and case work over the web. Members have also become very savvy regarding social media. Facebook, Twitter, Instagram, and countless Apps, generate virtual and real engagement on a vast scale. Survey Monkey, Periscope, and other videos Apps, have reinvented the concept of town meetings.

Early on, some Members were terrified of Congress embracing the Information Age. “I don’t want to be talking to my constituents all the time, I want to get real work done” groused one senior Member.

Thankfully, even the doubters have now realized that representative democracy must move with the times.

Posted by Scot Faulkner at 2:31 PM

Thanks for sharing the valuable information. Your article gave me a lot of information. We at Techno Data Group would like to introduce to you about our organization. We are the leading database providers for b2b marketing across the globe. we provide you with the readymade as well as the personalized email list and connect you with the right client or decision-makers. Please refer our Chief Administrative Officer Email List for further details.