THE DEATH OF OVERSIGHT 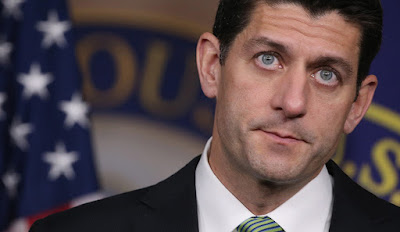 Congress is losing its Constitutional tug of war with the Executive Branch.


Politicians and pundits can point fingers, but the death of Congressional power is a suicide not a homicide.  They are doing it to themselves.  Congress is allowing the current Administration to get away with increasingly bold power grabs.  The result is an unaccountable government.


Congress can control the Executive Branch through its Constitutional power of the purse.  What is funded exists and grows, what isn’t funded shrinks or vanishes.  The current Congress is not doing this.  Worse, it is neglecting its fundamental role in government oversight. Congress has lost its willingness to tie funding to adherence to the law and Congressional intent

The most appalling situation is in the House and Senate Appropriations Committees. For the second year in a row, Congress is way behind performing its basic responsibility of passing Appropriation bills.  Only two have made it onto the House Floor.  None have been considered by the full Senate.


In the past, Appropriations Committees met to build the case for spending public funds.  Administration witnesses made their case for spending.  Appropriation Committee Members made their alternative case, and either tore down or supported what the Administration witnesses proposed.  What should occur is a dialogue designed to align Congressional intent, and Executive Branch actions, to public spending.  What should emerge is legislation filled with spending numbers.  Supporting these numbers should be a narrative, in the hearing record and committee reports, building a compelling case for how and why public finds are being spent, or not spent.


None of this is happening in the current Congress.  The result is Congress ceding spending control to the Administration and destabilizing the Constitutional balance between coequal Branches.


In 2015, there were 128 House Appropriation hearings prior to marking-up legislation. In 2016 there were only 88.  The House only listened to 253 Administration witnesses. Their oversight was conducted by hearing from only seven of the 73 Inspector Generals.  No one from the Government Accountability Office (GAO) was involved.   No one from oversight groups documenting government waste and abuse were heard.

It gets worse.  In the 1980s and 1990s, Appropriation hearings lasted three or more hours.  Hearings in 2016 averaged 77 minutes.  When you factor in the opening remarks from the Chair and Ranking Member and the opening statement of the main witness, less than 25 minutes were devoted to Q&A per witness.


These 88 Hearings devoted minimal time to major national concerns.  Only two hours were spent on EPA funding, the Secret Service less than one hour, and less than one hour was spent on the crucible of Republican populism – the Bureau of Land Management.


No wonder only three to five Members attended each hearing; even though all Subcommittees have at least eleven Members (Defense has sixteen).


House Committees broadcast their hearings online and archive them as podcasts.  None of the 47 Senate Appropriation hearings were broadcast or archived.  The public only knows that three Inspector Generals appeared, and there was no one from the GAO or government watchdog groups. The public remains uninformed as to what 121 witnesses had to say beyond the text of their prepared remarks.

Republicans are missing their annual opportunity to build their case, on the official record, for the spending battles to come and to sway the electorate on who is best at stewarding public funds.  Swapping sound bites on friendly media outlets is a poor substitute for proper oversight.


Republicans are being negligent to the point of malfeasance by ignoring government accountability.
Posted by Scot Faulkner at 3:14 PM