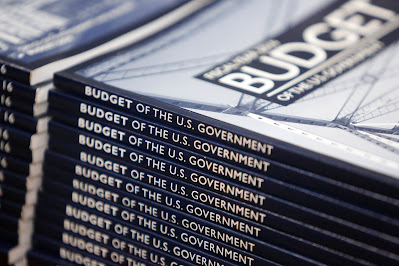 The struggle over government spending has been a fundamental point of contention since the earliest days of our Federal Government. In the last twenty years, this issue has split the Democrats in Congress, frustrated Republican and Democratic Presidents, and generated numerous Supreme Court cases. The 1974 effort to resolve the matter, once and for all, substantively contributed to the current explosion in federal spending.

This division of power and responsibility was validated by Chief Justice John Marshall in 1825, "the difference between the departments undoubtedly is that the legislature makes, the executive executes, and the judiciary construes the law." [Wayman v. Southard, 23 U.S. 1, 44 (1825)]

Earlier, Chief Justice Marshall, in his famous Marbury v. Madison, defined the difference between political acts belonging to the executive branch alone as opposed to those executive acts governed by congressional enactments: “He acts, in this respect.., under the authority of the law, and not by instructions of the President.  It is a ministerial act which the law enjoins on a particular officer for a particular purpose...”
[Marbury v. Madison, 1 Cranch 137, 5 U.S. 137, 2 L.Ed. 60 (1803)]

President Thomas Jefferson was the first to test the boundaries of Executive authority to second guess Congressional spending. In the wake of the 1803 Louisiana Purchase, Jefferson reported that, "the sum of $50,000 appropriated by Congress for providing gunboats remains unexpended. The favorable and peaceful turn of affairs on the Mississippi rendered an immediate execution of that law unnecessary.... "[1]

Following Jefferson’s precedent, subsequent Presidents selectively withheld appropriated funds on programs that were no longer needed. They also asserted they were effectuating congressional intent not circumventing it.

This expanded justification for Presidential Impoundment of Congressional funds became bi-partisan when President Dwight D. Eisenhower, set aside $137 million appropriated for the initial procurement of Nike-Zeus anti-missile system hardware. John F. Kennedy impounded $180 million appropriated by Congress over the President's request for developing the B70 Bomber. Lyndon B. Johnson unilaterally decreased federal spending by $5.3 billion to mitigate the inflationary impact of the Vietnam War. [3]

Congress was initially supported the President’s role in managing public funds. The Anti-Deficiency Act of 1905 provided that appropriations may, “… be so apportioned by monthly or other allotments as to prevent expenditures in one portion of the year, which may necessitate deficiency or additional appropriations to complete the service of the fiscal year for which said appropriations are made." [4]

The Revised Anti-deficiency Act of 1906 stated: "Whenever it is determined...that
any amount so reserved will not be required to carry out the purposes of the appropriation concerned, he {President] shall recommend the rescission of such amount ...". [5]

President Warren Harding’s Budget Bureau Director, Charles E. Dawes, further asserted that an agency was not required to spend its total appropriation if it could fulfill its objectives by spending a lesser amount. [6]

Omnibus Appropriations Act of 1951, continued to expand Presidential flexibility on managing and controlling spending: “In apportioning any appropriations, reserves may be established to provide for contingencies or to affect savings whenever savings are made possible through changes in requirements, greater efficiency of operations, or other developments subsequent to the date on which such appropriation was made. [7]

A new breed of liberals began to signal a challenge to Presidential spending control.  Congressman George H. Mahon (D-TX) raised concerns regarding the passage of the 1951 Act: "I would not object, as I know other members would not object, to any reasonable economies in government. But economy is one thing and the abandonment of a policy and program of Congress is another thing." [8]

“Article I, Section 1, of the Constitution vests "[a]ll legislative powers" in the Congress. No budget message of the President can alter that power and force the Congress to act to preserve legislative programs from extinction prior to the time Congress has declared that they shall terminate, either by its action or inaction.... Thus, in absence of any contrary legislation, the defendant's plans to terminate the CAA functions and the OEO itself are unlawful as beyond his statutory authority.” [American Federation of Government Employees v. Phillips, 358 F. Supp. 60 (1973)]

Nixon continued to impound congressionally appropriated funds. During the 1973-1974 budget year, Nixon refused to spend $12 billion.[11] Congressional Democrats, sensing the decline in Presidential power in the wake of the mounting Watergate scandal, passed the Congressional Budget and Impoundment Control Act of 1974 (Public law 93-344) [12]. Nixon signed the law on July 12, 1974, one of his final major acts in office. [13]

The Budget Act created the current framework within which the Federal Budget is proposed, passed, and implemented.  It placed Congress firmly in the driver’s seat, and blocked future President’s from taking actions deemed constitutional and prudent for over 171 years.

Newt Gingrich resurrected the issue by proposing a new way to reassert Presidential budget management – the Line Item Veto.  This was a key part of his “Contract with America” [15] It became a rallying cry for fiscal “hawks” from across the political spectrum. [16] Former President Ronald Reagan added his voice to the renewed effort: “When I was governor of California, the governor had the line item veto, and so you could veto parts of the spending in a bill. The president can’t do that. I think, frankly—of course, I’m prejudiced—government would be far better off if the president had the right of line-item veto.” [17]
\
The bill was introduced by Senator Bob Dole (R-KS) on January 4, 1995, cosponsored by Senator John McCain (R-AZ) and 29 other senators. Related House Bills included H.R. 147, H.R. 391, H.R. 2, H.R. 27 and H.R. 3136. The bill was signed into law by President Bill Clinton on April 9, 1996. [18]

Budget “hawks” from both parties cheered, and President Clinton began using the line item veto.  Senator Robert Byrd (D-WV), and others protective of Congressional prerogatives, filed suit to void the law.  Their case was tossed out over lack of standing. [19] Another case succeeded in declaring the Line Item Veto unconstitutional. [20]

On January 31, 2006 President George W. Bush proposed the “Legislative Line Item Veto Act of 2006”.  Conservatives once again rallied to giving the President expanded budgetary powers. [21] It was introduced in the House by Rep. Paul Ryan (R-WI), passed the House Budget Committee on June 14, 2006 by a vote of 24-9, and approved by the House on June 22. A similar bill in the Senate failed. [22]

Republican control of the 114th Congress, the prospect of a Republican President in 2017, and the importance of controlling federal spending, may rekindle interest in revisiting this budgetary turf fight.