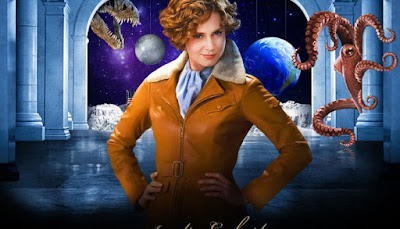 Quality customer service is a foundational aspect of business success.  A company’s front line personnel are its public face.  They are the ongoing personification of its brand integrity and “value proposition”.


The U.S. Postal Service recently proved itself clueless of this truism. USPS senior executives dismissed as “irrelevant” a new Inspector General report asserting that poor customer service and “rude” employees could cost the agency $300 million during this fiscal year. http://www.govexec.com/management/2015/02/rude-postal-employees-could-cost-usps-300-million-year/105045/?oref=govexec_today_nl


The Inspector General explained how successful retailers “ensure workers are up to the task of face-to-face customer interaction before placing them in a position that requires it”.  USPS union leaders joined management in dismissing these findings - asserting hiring more employees would take care of negative service.

Anyone who has received sullen service from front line government employees, like at the Department of Motor Vehicles, knows that there is clearly room for improvement.  Yet government, more often than not, remains on the trailing edge of customer-focused service.

Thankfully, there are exceptions.

During my years with Philip Crosby’s quality management consulting firm, one of my largest clients was the Smithsonian Institution.  It was a wonderful client as senior leaders were fully committed to and engaged in establishing a vibrant quality culture.  It was exhilarating advising behind the scenes of the world’s greatest museum complex.  What happened in front of the scenes was equally revelatory.

Smithsonian executives identified public exhibits as an opportunity to showcase their commitment to quality management.  We explored the disconnect between priceless artifacts and a quality visitor experience.   We arrived at an epiphany – the public face of the Smithsonian was not its World Renown scholars and curators, but its guards.


Smithsonian guards, mostly minority and high school educated, were only connected to the artifacts they protected by location. This was to change.

Over the course of a year, we facilitated dialogues between curators and guards.  Once guards were treated as respected members of the exhibit team a number of positive things occurred. First, they took ownership of the exhibits.  They took pride in “their exhibit”, made an effort to learn about the exhibit, and became proactive in answering tourist questions.  They also began providing more detailed information, improving the tourist experience.

The next thing that happened was guards offered suggestions to curators about the exhibits.  They shared insights on how tourists moved about the exhibits.  This included pointing out the visitor flow patterns they observed.  Bottle necks and cul-de-sacs were flagged.  They also shared tourist questions arising from incomplete or unclear signage and descriptions. Most importantly, they identified how artifacts got damaged by tourists bumping or touching items.

Curators and managers quickly realized the fundamental value of guards to the entire cycle of public exhibits. More experienced guards were invited to review and critique mock-ups of new exhibits to assure efficient visitor flow and eliminate hazards to artifacts. Curators gave tours to the guards assigned to exhibits to help them become fully knowledgeable.

The results were immediate and substantial.  Incidents of damaged displays were cut in half.  Visitor flow improved, as did guard moral and positive visitor feedback.  Today, fully engaging guards as full team members in public exhibits is a standard throughout the museum world.

Posted by Scot Faulkner at 5:57 PM