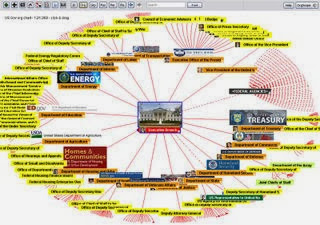 Ideological battles over the budget have proven to be non-starters. To paraphrase an earlier political maxim – It’s the Management stupid!

Republicans must regain their credibility. They are opposing reasonable cuts to the bureaucratically bloated Defense Department while squandering political capital for ideological raids on microscopic programs. This may play well with their shrinking base, but it cripples their strategic return to governance.

The key is that, no matter which federal programs Americans love or hate, no one wants even one penny wasted. Senator Tom Coburn, John Stossel, and others have published countless columns detailing specific opportunities to cut costs. Most importantly, these administrative cuts will not harm programs. Actually, cutting waste and streamlining operations will improve government services. Who can be against that?

Republicans need to focus. They need to return to a time when “Republican management” was not an Oxymoron.

Here are some examples:

[1] Cut overseas bases. Even George W. Bush wanted to close 300 of America’s nearly 1,000 overseas bases. Defense Department careerists outflanked him during his last year in office. It is time to revisit this plan. Bringing bases and military families back to U.S. soil while stimulate local economies and cut overall costs by hundreds of billions over ten years.

[3] Implement a government-wide hiring freeze. Slamming the door shut on filling federal vacancies would cut $350 billion a year in personnel costs. Each agency head could submit waivers to OMB for those jobs they consider essential for agency missions. This list could be published in the Federal Register for public input before the waivers are granted.


[4] Get real about government overhead. It is time to abolish all Cabinet Departments except: Defense, Justice, State, and Treasury. This is not about eliminating programs – it is about eliminating countless layers of unproductive operations. Except for the four core Departments, every other of the eleven remaining Cabinet Departments are federations of programs and independent agencies. Each was formed under the obsolete assumption that everyone would work together in perfect harmony if only they had the same logo. These previously independent programs and agencies are already run by Presidential appointees. They will run better, and be more accountable, if returned to their prior independence.
Each of the eleven Cabinet Departments has amassed huge overhead budgets to conduct vast arrays of duplicative and dilatory actions. For example, the Office of Education needed $47.5 million a year to run its programs within the Department of Health Education and Welfare. Just one year after this office became its own Department overhead costs ballooned to $187 million. In 2011, Departmental overhead (not including program administration) was $1.7 billion! The Department of Education is one of the smaller Departments. Eliminating Departmental overheads from all eleven could net over $300 billion in savings over ten years.
These four proposals do not address the larger entitlement issues. They form the basis for bold and decisive actions that will win American hearts and minds across the political spectrum.
[Scot Faulkner served as Chief Administrative Officer of the U.S. House of Representatives http://citizenoversight.blogspot.com/ ]

Posted by Scot Faulkner at 1:36 PM

And this is just the toe nail of the elephant!