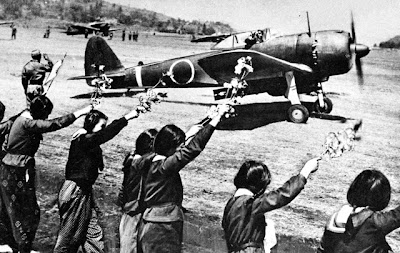 Republicans in Congress are once again in a bind over how to fund the Federal Government while not acquiescing to policies and programs they dislike.

Many House Republicans want to sink Obamacare. They point to selective implementation delays, waivers, and the general erosion of public support for the program. However, House Republicans only control one of three components needed to make laws and pass a budget. Democrats hold the Senate and the White House. Any defunding of Obamacare dies in the Senate and on the President’s desk.

The most infamous was the back to back shutdowns in November 1995 through January 1996. The newly resurgent Republicans wanted to flex their muscle against a President they assumed was a spent force. The GOP fully controlled the Legislative Branch for the first time since 1954. Speaker Gingrich thirsted for a budget show down that would reshape the budget battles. He failed miserably because he and House Republicans did not make their case for such brinksmanship. This flawed messaging took a bizarre turn when Gingrich went completely off topic to complain about having to sit in the rear of Air Force One on the return flight from the funeral of Israeli leader Yitzhak Rabin. Republicans now confronted the perception that the budget meltdown was about personal grudges not real policy.

After the 1995-96 shutdowns, Clinton shifted to the center for his domestic agenda, a slight victory for Republicans. However, Clinton regained his pre-1994 election momentum while Republicans faltered. It would take until the summer of 2011 for budget “hawks” to once again dominate Republican fiscal policy. During the fifteen year hiatus, Republicans lost all credibility on spending as they outdid the Democrats on appropriation earmarks, government growth, and executive branch waste. Obama has certainly added to the deficit and the growth of government, but Republicans, both in Congress and the White House, gave him a running start.

Republicans now have a dilemma of their own making. Since the budget battles of mid-2011, they have done a terrible job at making the case for cutting the size of government. Except for Senator Tom Coburn (R-OK), Republicans and their media allies have defended Defense Department spending (which is as wasteful as any domestic program), and proposed ideological cuts not management based cuts. The moment you select which sacred cows to slaughter, while protecting others, you slide onto ideological thin ice. The public’s wide spread cynicism of politics is currently hurting Republicans far more than Democrats.

The other dilemma is Republicans assailing Obamacare without proposing a viable alternative. America is the best country in the world if you need shock-trauma treatment or complex diagnostics. It falls to 30th or worse if you need chronic care or are uninsured. Demographics are driving chronic care. Americans are getting older and living longer. Medicare is already sailing over the fiscal cliff. The economy is driving the other crisis. The era of forty hour a week “W2” employment is giving way to part time “1099” jobs where benefits do not exist. A real mature discussion about standards of care, alternative treatments, and family caregiving should have occurred prior to debating the role of government. Unfortunately, the hyperpartisan environment poisoned that potential dialogue in the early 1990s. It has been a snake pit of snark and snipe ever since.

So where does this leave Republicans? Defunding Obamacare and forcing a government shut down is a “kamikaze” mission. It will only end with Republicans self-immolating. A better course of action is the following:

[2] If Obamacare is as dysfunctional as many now think, then it will fail on its own. President Obama, the Democrats in Congress, or their key constituencies will blink and seek ways to either fix or scrap Obamacare.

[3] Republicans spend their time and political capital developing a viable alternative to Obamacare. An aging America filled with “1099” part time workers is a reality and must be addressed. Looking for real solutions and building positive consensus around those solutions would re-energize the Republican brand as caring and rational.

These four steps will be anathema to the “conservative” pundits and their audience of zealots. They will all rail against anything less than Republican Members crashing into public opinion. On the other hand, the rest of the 230 million voting Americans may take a second look at a rational Republican movement and reward it not only in 2014, but 2016 and beyond.

Posted by Scot Faulkner at 6:54 PM