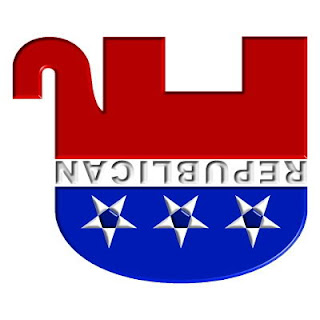 If you were a Congressional Republican prior to your Williamsburg retreat, you were doing nothing. Nothing productive, at any rate. You spent this time ceding the political landscape to President Obama and the Democrats in Congress. Your are waiting for an Inaugural Address to respond to, while allowing tone-deaf and clueless pollsters and lobbyists to speak for the Party.

Since decisively winning the November 2, 2010 elections, Republicans in Congress, and their acolytes in the conservative media, have made sure to miss 806 days of opportunity to define themselves and communicate a compelling alternative platform. This is not a choice; it is a reflection of political reality: They have no platform. Because they have no coherent idea of who they are. The American people sense this. Increasingly, moderates and centrists are abandoning them because of it.

The recent Pew Survey shows Americans disapprove of Republican Congressional leadership by 66% while only 19% approved. That is a staggering 47 point negative. Gallup’s survey is equally bad with 25% approving and 67% disapproving for a 42 point negative gap.

These dreadful scores are only part of the problem. During the last 806 days President Obama and Congressional Democrats have framed the Fiscal Cliff/Debt Ceiling/Budget battle in ways highly favorable to their cause while painting Republicans into a microscopic corner. This is smart rhetorical strategy, to be sure.

Politics often comes down to defining the terms of the battle, something both parties have excelled at during different moments in history. The Democrats are the current masters of rhetoric. Democrats, even radicals, are now called “Progressives”. Government spending is now called “investment,” thanks to a spin factory gem from Bill Clinton. Spending cuts of any magnitude are dismissed as damaging to America’s economic recovery. There is also the unchallenged assertion that there have already been more than enough budget cuts, but no where near enough tax increases.

Our current Republicans tilt at windmills and straw men, assailing the “Main Stream Media” (which excludes, of course, the most popular cable network, Fox News) for their rout in the budget battle. They continue to embrace the parallel universe of Fox and conservative Talk Radio asserting that these “news” outlets are being drowned out by the “mainstream.” Never has Orwellian double-talk been more obvious -- or harmful to political discourse.

During the last 806 days, Republicans have been annoyingly vague about government waste and the need to cut spending. They trumpet their ideology, but ideology is not governance -- and Americans continue to see the President as more competent in that task. The problem is that the GOP never issued a meaningful indictment or offered a prosecution brief. Just saying there is waste does not make it so. Endlessly repeated talking points about “limited government” do not inspire, do not confer confidence, and do not offer hope to a still struggling nation.

While Republicans remain unfocused, the Democrats have created a multimedia echo chamber that has established memes relating to fairness and collective action. Republicans, on the other hand, offer nothing but confrontational bluster. Their weak, ineffective, and mostly nonexistent defense has left them marginalized and demonized. The entire body politic suffers as a result; Democracy only functions when robust factions confront each other in rational discourse. The authors here have differing political views on important matters, but are of one mind on this central point.


Republicans could have made a difference. Starting on November 3, 2010, they could have been building their case.   Every time a Republican was in front of a camera or microphone they could have issued compelling examples about non-performing government contractors getting billions in bonuses, about hundreds of billions more sitting unused in countless agency accounts, or cited any one of the thousands of reports documenting waste published by the Government Accountability Office (GAO) and the 73 Inspector General offices.  This would have put forward a viable vision of governance that differs from the status quo. This is complicated, of course, because the status quo is not just the last four years, but also the eight under Republicans who grew government and spent into oblivion.

Perhaps this is what the psychologists call cognitive dissonance -- Republicans are now mostly unwilling to hold hearings on government spending or mismanagement, because many of them blindly supported Bush-era spending boondoggles both foreign and domestic. Bereft of principle, and caught in hypocrisy of their own making, Republicans have little to stand on. The GOP did not even hold hearings on Senator Tom Coburn’s annual Waste Report, a longtime staple of reasonable oversight. Only CSPAN’s BookTV gave Coburn a proper forum to discuss his exhaustive and highly credible research on government waste.

Reestablishing Republican relevance must include atoning for embracing wasteful spending during the Bush era. In one amazing example of “Bush party line”, Republicans on the House Oversight panel minimized $6 billion in hundred dollar bills vanishing from the Bagdad Airport while Democrats raised concerns about the money being stolen and possibly funding terrorism. Republicans lose credibility when they are more concerned about who is doing damaging things instead of the damaging thing itself. Waste is waste; corruption is corruption; no matter who is doing it. To say anything different is abandoning your moral core.

Republicans met in Williamsburg to develop a strategy for the coming budget battles, and unfortunately it looks like more showmanship instead of statesmanship. They should have spent this time finding their minds and souls.